Quantum Agriculture, refers to a new, evolving method of agriculture that originated from quantum medicine. This method applies sophisticated softwares to combine the latest analysis in fractal mathematics and the work of holographic electronic generators. 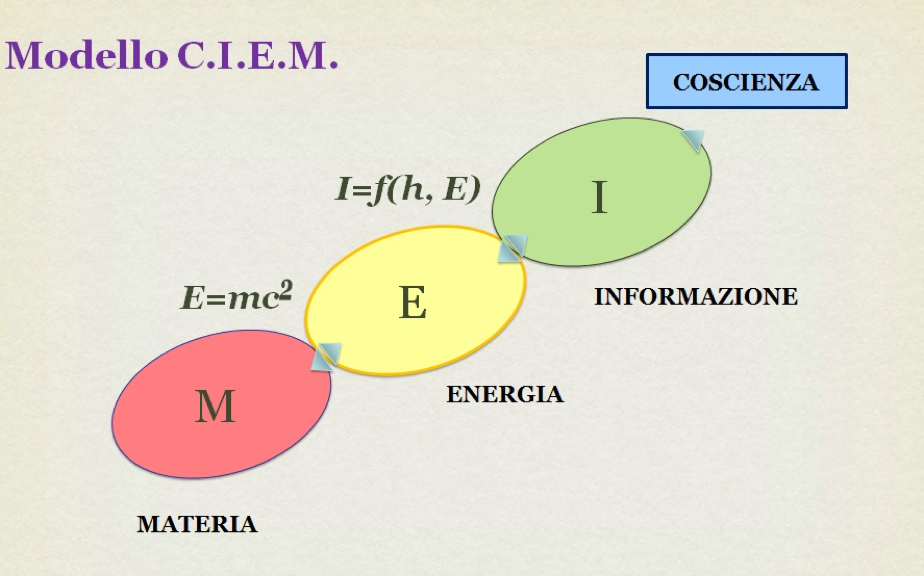 To better understand how this method works, first we need to explain the C.I.E.M (conscience, information, energy and matter) model – published by Andrea Gadducci, engineer and expert of quantum biophysics.

In the C.I.E.M model matter, energy and information coexist, each one following its own laws. Above them all lies the conscience; the consciousness of the self.

Whereas matter and energy are easily understood, the realm of information is not as well known. Information lies on a level above the energetic, biochemical and structural levels.

“Information is what shapes energy, and therefore what shapes matter. It is basically the mould that governs the universe, it is written that those specific atoms will vibrate to that specific frequency. At this level there is no distinction between anything, the whole universe is interconnected, it is a level that lies outside space and time’s laws’.

This is why symbols, words, music and patterns can heal people just like biochemical substances or energetic treatments. As per the C.I.E.M model, the realm of stabilised information is completely different. This information level could be compared to the repair of damaged software. Old, broken or missing information is replaced and blocked control chains are restored. It is obvious that this information will directly affect  biological mechanisms in the same way that cells share electromagnetic signals of coordination. The role of man is to identify and replace this information.

According to this new model, life isn’t just the result of a linear effect-cause chain but, it is the result of a different set of rules such as form fields and cohesion systems. These highlight relations which are far more complex than linear ones and in fact, the term morphogenetic field could be used instead of information realm. The symbol, in this practice, works because it is an organisational scheme that generates cohesion.

How does it work

Before explaining, it is necessary to introduce the Theory of Global Scaling. The basic assumption of the theory is simple. In opposition to the linear scales, which are often used in science, for many different physical properties, this theory assumes that the natural scale is not linear but in first approximation logarithmic and in second approximations fractal and hyperbolic. So the similarities between fractals of various objects observed, become the formal criteria to identify the correct treatment.

What do quantum softwares, in this case the Inergetix-Core SystemTM, do? It transforms diagnosis requests from living beings, locations and organisations, into fractals. It then statistically compares “resonances’ – statistically relevant similarities threshold values – between those fractals and the other millions already in the software database. These can refer to remedies of all kinds, archetypal symbolic systems, descriptions of the human being, psychological syndromes, etc.

There are two types of resonances‘ between phenomena. The most common is: ‘cause-effect’ one but there are also similarities of synonyms, common elements, functions, organisms, environments, etc.

How is the generation of fractals possible through the software? It happens in the dialogue between the man, who mentally visualises the object to diagnose, and a holographic generator (generator of white noise). The latter registers the atmosphere created by those who focus on the analysis. The holographic interface allows the transformation of their idea into a fractal model.

A generator of white noise is an electronic tool that generates casual events (REG, Random Events Generator, o RNG, Random Number Generator); usually binary numeration of casual series of zero and one. According to Princeton University PEAR project‘s researchers, such instruments have shown to be sensitive to human conscience‘s influences.

“The huge database collected until now provides us with many clear indicators of thin integrated information models of the background noise, that seemingly appears accidental. (...) This creates enough data of man–dependent models, which are coherent with several systems, and constitute the operator’‘s signature. It is possible to see a representative signature, in a computer‘s white noise,  of the person that uses it, every systematic image and remedy“.

The analogical principle of the world

With analogical principle of the world we mean: understanding that form similarities connect the different levels of Life. Each level of existence functions with the same formal (or spiritual) laws and therefore, there is a correspondence between levels. This is called Global Scaling Theory, which we may want to say, is a modern version of the correlation between macrocosm and microcosm.

C.I.E.M model‘s agricultural organism finds in Steiner‘s theory – where the farmer is the consciousness of the system – its counterpart.

Quantum agriculture follows operations that have already been used in biodynamic agriculture however, it also utilises tools that didn‘t exist at the beginning of the 1900s.

The most interesting results of these treatments in the vineyard and in the fermentation vessels are so far showing an improvement in the condition of the grapes when they enter the winery and, therefore, a better quality of the final wine. These are richer in texture and more complex wines in comparison to the ones that didn‘t receive any treatment.